The luncheon meeting was held on Wednesday, October 12, 2022.

The Electrical Contractors’ Association of City of Chicago (ECA), held its October Membership meeting on Wednesday, October 12, 2022 at the Erie Café in Chicago.  The meeting was open to all signatory contractors, as the guest speaker was Mr. Don Finn, Local Union #134 IBEW Business Manager.  The session was also highlighted by discussion of Association Committee activity, including Diversity, Equity & Inclusion (DEI) – next program is scheduled for November 17, 2022 at the Hyatt Lodge; Young Professionals upcoming Oracle Innovation Lab tour on Tuesday, November 15, 2022; educational programming – three more seminars for the Fall 2022, among other industry updates.

Rick Jamerson, ECA President, Jamerson & Bauwens Electrical Contractors, Inc., introduced Mr. Finn.  Highlights of Business Manager Finn's presentation include the following:    He commended the collaborative efforts of the Electrical Contractors’ Association of City of Chicago (ECA) and Local Union #134 IBEW.  He endorsed the Worker’s Rights Amendment effort in Illinois.  Local 134, as well as the ECA, concurs that the Chicago Department of Buildings needs to hire more inspectors.  He supports the many endeavors of Powering Chicago and thanked Mr. Eric Nixon, LMCC Chairman for his pursing of the Powering Chicago platform.  He acknowledged the many years of service of Mr. Sean Madix, retiring EIT Benefit Funds Executive Director and noted that the new EIT building and Health Center will be up and running, soon.  He, again, thanked the ECA for the invitation to address the membership and looked forward to many more years of progress in the industry.  Business Manager Finn was then met with a round of applause.  We thank Business Manager Finn for his time at the meeting.  The next ECA Membership meeting is scheduled for November 9, 2022 at Maggiano’s Banquets in Chicago with guest speakers, Sean Madix, Electrical Insurance Trustees (EIT) Benefit Funds Executive Director and Erin Keane, EIT Benefit Funds Administrator.  We look forward to seeing you there! 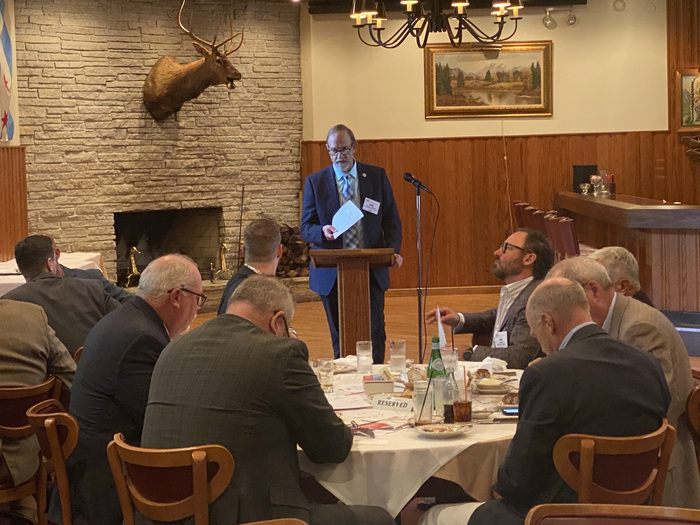 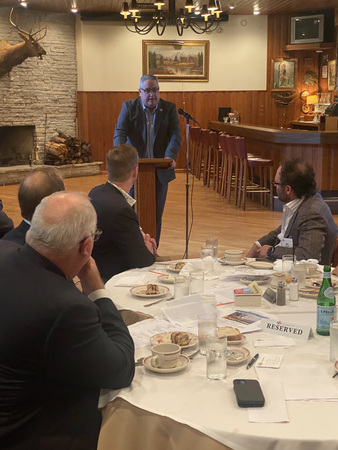 Pictured above is Don Finn, Business Manager, Local Union #134 IBEW,
as he began his presentation.

Pictured above is Katie Canino, ECA Diversity, Equity and Inclusion (DEI) Committee Chair,
as she presented the DEI Committee update. 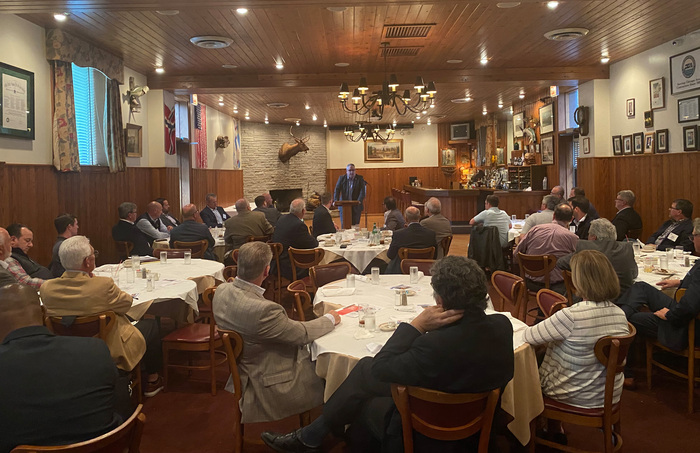 Pictured above are the attendees during Business Manager Finn's presentation.