The session was held at the Union League Club of Chicago.

The Commissioner updated the attendees on the many activities at the DOB.  He emphasized that the City of Chicago, as well as the State of Illinois, were able to keep construction moving early on in the pandemic.  Currently, overall permit numbers are near pre-pandemic levels.  The DOB is working to ensure that the Chicago Energy Code addresses infrastructure needs / adjustments for proper electrification.  Infrastructure issues, as well as Renewable Energy / Decarbonization advancements are being pursued, as the City is aspiring to have 100% of buildings powered on renewable energy by 2035.  The DOB has been able to budget for two new inspectors in 2022.  Overall, more inspectors are needed. Commissioner Beaudet appreciated the level of commitment by the ECA membership to assist the DOB on various code issues, especially with the recent update of the Chicago Electric Code.  He also noted that the DOB looks forward to resuming Electrical Commission meetings.  After a brief Q & A, the Commissioner and staff were met with a round of applause.  We thank Commissioner Beaudet and his staff for their time at the meeting. 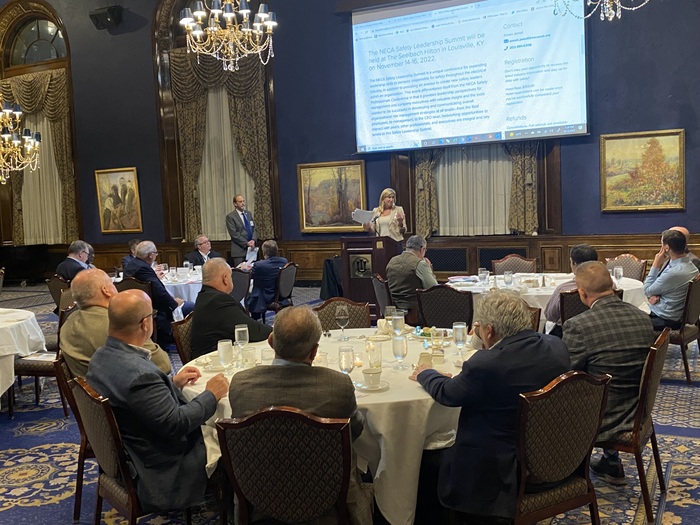 Pictured is Carrie Spaeth, ECA Assistant Manager,
as she presented the Committee updates for the
Diversity, Equity & Inclusion (DEI), LMCC and Young Professionals. 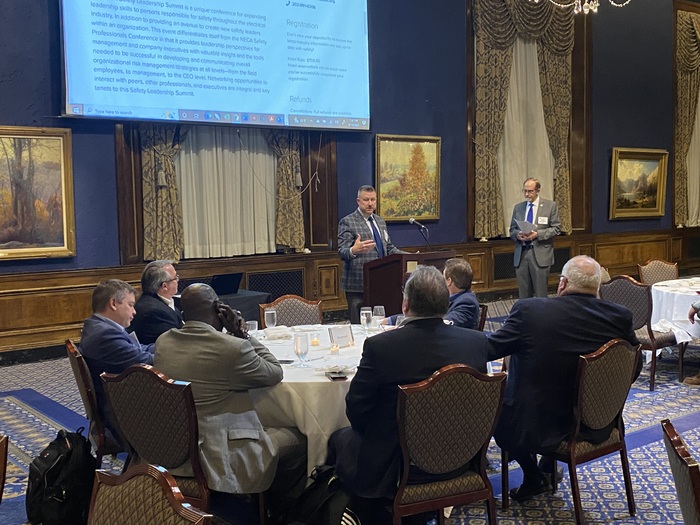 Pictured above is Gene Kent, INTECH Director,
as he presented the EJATT update. 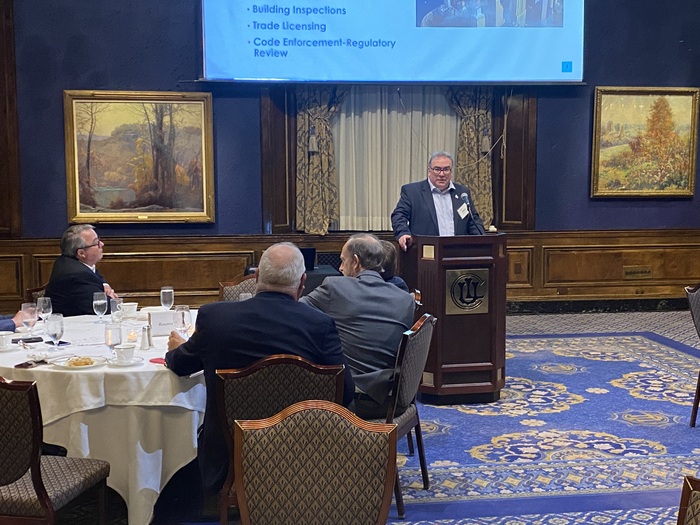 Pictured is Matthew Beaudet, DOB Commissioner,
as he began his presentation.