On Friday, November 8, 2019, Local Union #134 IBEW recognized the efforts of Joseph P. Keenan, Sr. with the installation of on an honorary plaque.

On Friday, November 8, 2019, Local Union #134 IBEW recognized the efforts of Joseph P. Keenan, Sr. with the installation of on an honorary plaque.  The plaque, posthumously honored the many years of dedicated service to not only the IBEW, but to the United States’ efforts during World War II.  Mr. Keenan assisted in the operation of the National Defense Advisory Commission, created by President Franklin D. Roosevelt; he later became the Labor Vice Chairman of the War Production Board.  He also assisted in post-war efforts.  Mr. Keenan was awarded the MEDAL OF FREEDOM and the MEDAL OF MERIT.  Mr. Keenan was recognized for his selfless actions in helping defend this nation, his years as International Secretary of the IBEW, his civil rights advocacy, his work with charitable organizations, among many other areas.  Mr. Keenan’s grandson, Joe, III was at the ceremony and thanked all present.  Mr. Keenan’s son, Joe, Jr. (deceased) was a Past President of the Electrical Contractors’ Association of City of Chicago.  We wish the Keenan family well and thank Local 134 for recognizing the efforts of Joseph P. Keenan, Sr. 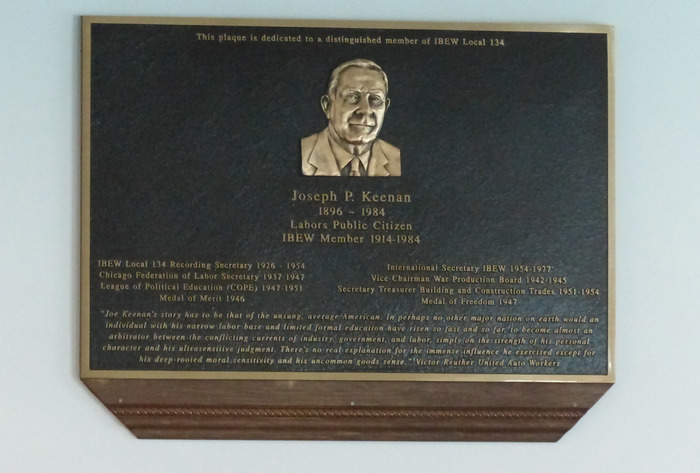 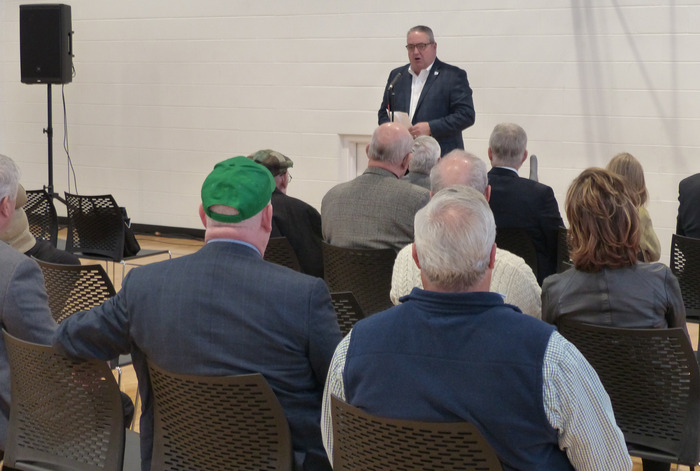 Pictured above is Don Finn, Business Manager, Local Union #134 IBEW,
as he addressed the attendees. 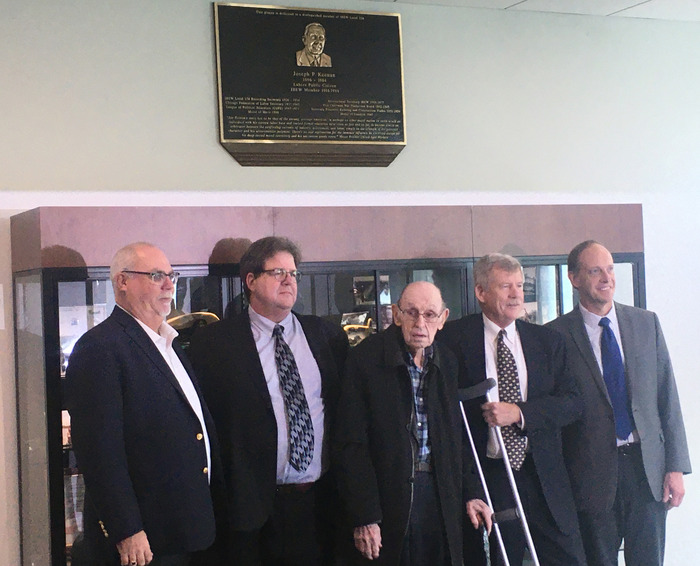 Pictured above are representatives of the ECA with members, friends of the Keenan Family.