The NECA Project Excellence Awards were created by the National Electrical Contractors Association to recognize electrical contractors who have done remarkable work during the previous calendar year. NECA honors contractors performing work across different market sectors for their commitment, professionalism and ingenuity in delivering an electrical project.

Kelso-Burnett Co. was selected for the Flagship McDonald's project in Chicago, which fell into the category of Energy Solutions / Green Buildings over $1M. 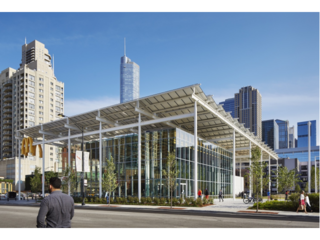 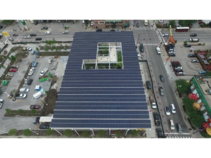 Members of NECA’s Business Development Task Force judged 73 projects that were submitted by 48 firms based on aesthetics, application, difficulty, innovation and originality.

“Once again, this year’s entries display the depth, breadth, and expertise NECA contractors bring to electrical construction projects throughout the country,” NECA Executive Director of Business Development Mir Mustafa said. “NECA members, and the men and women who work for them, provide the critical services that customers depend and rely upon to get their projects done on time and under budget.

Kelso-Burnett Co. will be recognized during at NECA 2019 Las Vegas, which will be held on Sept. 14-17 at Mandalay Bay.

Go to www.projectexcellenceawards.com to learn more about the awards program and view the photo gallery.