The Electrical Contractors’ Association of City of Chicago (ECA) Legislative Committee is active throughout the year.  Members volunteer their time participating with various programs, visits to legislators, special events, assisting as liaisons with other trade association’s legislative committees, as well.  Two groups that have legislative committees that ECA participates with on a consistent basis are the Illinois Mechanical and Specialty Contractors Association (IMSCA) and the Construction Industry Service Corporation (CISCO).  IMSCA is the lobbying entity representing numerous subcontractor trade organizations downstate with Illinois General Assembly issues. CISCO is a labor-management group that represents a wide range of building trades unions, specialty trades unions, subcontractor and general contractor associations in Northeastern Illinois. Again, the ECA is an active member of these organizations.

Both IMSCA and CISCO held their Legislative Committee meetings in mid-June.  The ECA was well-represented at these meetings.  Both groups discussed the progress made at the recent close of the Illinois General Assembly session concerning the passage of an extensive budget which included a capital bill encompassing much needed vertical construction and transportation infrastructure enhancements, tax credits for Data Centers and legislation awaiting the Governor’s signature concerning Retainage reform, among other issues.  IMSCA had a guest presenter, Illinois Representative Keith Wheeler, 50th District who gave an overview of the Illinois General Assembly Spring Session.  CISCO had a guest presenter, Mr. Jim Underwood, newly appointed Director of the Capital Development Board (CDB), who highlighted the anticipated outlay of projects throughout the State of Illinois. We thank the efforts of the ECA Legislative Committee representatives.

We appreciate the ECA member’s support with this and all of the Association’s committees acting not only on behalf of the membership, but the industry, as well. 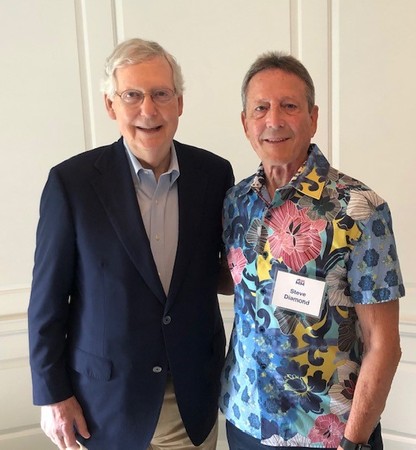 Pictured above is Illinois Representative Keith Wheeler, 50th District (far leftside of photo) as he addressed the IMSCA Meeting.

Pictured above is Jim Underwood, newly appointed CDB Director (far leftside of photo)
as he addressed the CISCO Legislative Committee.